ESPNsoccernet understands that Chelsea are considering making a move for Liverpool midfielder Yossi Benayoun, with the Israeli international touted as a possible replacement for the out of contract Joe Cole.

Cole is apparently no nearer to resolving his contract dispute with owner Roman Abramovich, and the feelers are already out to find a suitable replacement, though Benayoun could even be recruited if Cole stays.

There are ample suitors for Cole, but he would like to stay at Stamford Bridge if he can come to an agreement over new terms.

However, a list of possible replacements has been put to manager Carlo Ancelotti and the Israeli is highly thought of by the Italian coach, who has now a much clearer picture of the players in the Premier League after his first season in charge of the club.

He is also clearer about what is needed to improve the team that won the Double, but fell short in the Champions League.

A Stamford Bridge insider told Soccernet: "There is no doubt that Yossi Benayoun is highly thought of at the club, and it wouldn't surprise me if he came to Chelsea."

Salomon Kalou has had plenty of opportunities to stake his claim for a place but has been far too inconsistent. His performance in the FA Cup final underlined the need for a different type of player in his position, and with Cole failing to convince Ancelotti it should be him, changes are likely to be afoot.

Abramovich would be interested in a major player exchange with Liverpool, and though the Russian would primarily want that deal to involve Fernando Torres, it could also include Benayoun.

Half a dozen of Chelsea's first team squad will be offloaded this summer, which would give Liverpool a bigger choice of players to potentially bring to Anfield. 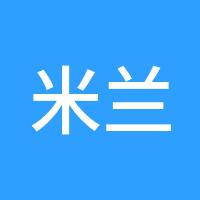